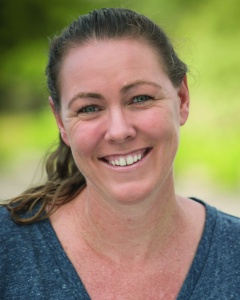 Amy Bircher is a writer living and working in Kona, Hawaii. A longtime fan of the romance genre, Amy centers her scripts around meaningful stories of love, family, and friendship. After her acceptance into the State of Hawaii’s Creative Lab program, she optioned her spec script, Victorian Christmas, and was hired to write Delivering Christmas, which debuted on Lifetime as a TV “mini movie” on December 3, 2017. She is currently working with producers to develop two made-for-TV movie scripts, one of which will be airing sometime in fall, 2018. 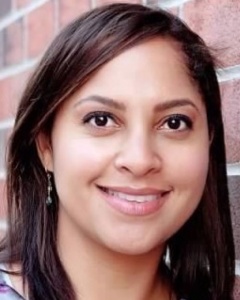 Valentina Garza is a Cuban-American comedy writer. Born and raised in Los Angeles, she attended U.C. Berkeley, graduating with a degree in Comparative Literature. She then returned to her Angeleno roots and pursued her love of writing as a television comedy writer. Her bilingual and bicultural background provided an inroad on the Spanish-language Telemundo sit-com, Los Beltran where she freelanced her first script. She was accepted and completed the prestigious Warner Brothers Writers’ Workshop and went on to write for George Lopez as well as FOX’s animated juggernaut, The Simpsons, and Seth MacFarlane’s animated series, Bordertown.

Valentina received an Annie nomination for Writing in a Television Production for her work on The Simpsons and received an Environmental Media Award for her episode titled, Opposites A-Frack. She has sold pilots to ABC and FOX and is currently a Co-Executive Producer on the critically acclaimed Jane the Virgin. 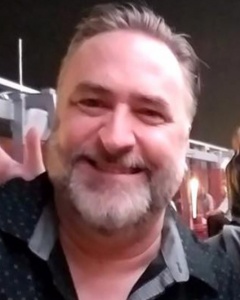 Larry Kennar is a writer, director, producer and manager. He is currently partnered with client Sanna Hamri, Executive Producer and Director of the Fox television series Empire, in Medina Films, a production company based at Twentieth Century Fox Television. As a literary agent, he began his career at The Maggie Field Agency, then moving to Writers & Artists. He left Writers & Artists to join the management and production company Anonymous Content where he launched their literary division. He specialized in representing people of color, LGBTQ, and female writers, directors, and producers.

As a producer, he executive produced the Showtime series The L Word and was a producer on HBO’s Funny or Die. On the motion picture front, he produced Barbershop, 50 First Dates, Two Can Play That Game, D.E.B.S. and Spring Breakdown. He created, wrote, directed, and executive produced the indie LGBTQ series DTLA, which aired on Logo and Netflix. He currently has projects in development at Paramount Pictures, Warner Brothers, New Line Cinema, and VH1.

He made his writing and directing debut on the short film titled Spokane which won the Sundance Film Festival’s Grand Jury, Honorable Mention Prize. He is a graduate of Santa Clara University and resides in Los Angeles, California.

Yulin Kong is an LA-based writer and director. She is currently developing a half-hour comedy pilot with Gina Rodriguez’s I Can & I Will Productions and was most recently the showrunner on I Ship It, an original musical webseries about a fangirl, which she developed for the CW Seed. The Streamy Award-winning series just wrapped production on its second season. Previously, Yulin created two YouTube channels – YulinisWorking and Shipwrecked Comedy – that have each amassed over 2 million views per channel, for original scripted web series (Kissing in the Rain, A Tell Tale Vlog) and short films (The Perils of Growing up Flat-Chested, Angie + Zahra). Yulin has worked with digital platforms such as Verizon Go90, CW Seed, HelloGiggles, and YouTube. Her work has been featured on Nerdist, Huffington Post, IndieWire and Buzzfeed. She was a participant in the 2016 Sony Pictures Television Diverse Directors Program and the 2016 Sundance-YouTube Creators Intensive.

Jeff Orig is the award-winning writer-director of Orig Media and Orig Entertainment. He has won multiple American Advertising Federation Awards for Best Local Commercial, a 2016 Creative Lab Hawaii Graduate Fellow, a finalist at the 2018 Sundance YouTube New Voices Lab, twice nominated for Outstanding Director for a Comedy at the L.A. WebFest, nominated for Outstanding Writer for a Comedy at the L.A. WebFest, Young Filipino Entrepreneur of the Year, and a winner of the Amazon Studios Trailer Contest. Most recently, his web series, Waikiki PD, won the International Award at the L.A. WebFest and will be heading to the Rome, Italy WebFest to represent Creative Lab Hawaii and the State of Hawaii.