Maelan’s writing style can be described as a strong brew of Reggae, Jazz, Pop, R&B and Soul music that is heavily doused with a tantalizing and sultry voice with a singer-songwriter vibe. She likes to play the piano and write songs from the heart. Maelan, has released an island-pop album in which a number of her songs received radio airplay from Hawaii to Tahiti. These songs have garnered the number one spot in the top five countdown on several occasions. Along with radio airplay, Maelan’s song titled “Irresistible” was placed on an international network television show called “Sleepy Hollow.” With a deep love of music, as a creator, listener, and promoter of this art, Maelan believes that songwriters, musicians, producers and everyone else who are fortunate to work in the music industry have a responsibility to create music that can help people live, express their emotions and build memories to. As one of her favorite quotes by William Congreve states, “Music alone with sudden charms can bind the wand’ring sense, and calm the troubled mind,” Maelan aspires to create music that touches the mind, body and soul.

Annie Dingwall is a songwriter living in LA that writes in pop, country, and EDM. She have been writing songs for 9 years in LA and Nashville and graduated from the USC Popular Music Performance Program with an emphasis in singing and songwriting. She has worked with PJ Bianco (Jonas Brothers, Veronicas, LP), Jeffrey Steele (Rascal Flatts, Faith Hill), Jacques Brautbar (Phantom Planet) and is being mentored by Randy Newman. 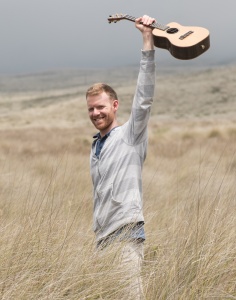 Ryan wrote his first song when he was 15 (2005), and throughout high school and college wrote, co-wrote and performed songs with reggae/fusion band Suntank and later with Alternative band LifeinPursuit. His interest in songwriting was really piqued at the Kauai Music Festival (now Hawaii Songwriter’s Festival) when he first attended in 2013. Last fall he attended both a songwriting workshop and music business class with Sue Ennis at Shoreline Community College, and during the last 6 months wrote and performed his original songs at cafe’s and music events in the Pacific Northwest and Hawaii.

Sebastian Hughes writes songs primarily in the dance, pop, electronic, and acoustic genres. He is the winner of the 2014 John Lennon Songwriting Contest Grand Prize in the Electronic category, a semifinalist in the ISC for 2014 and 2015, winner of the Kawehi remix competition 2014, and a Na Hoku Nominee for 2016. He writes music and lyrics, as well as sings, records, produces, mixes, and master his own music. He also plays the guitar, bass, violin, and ukulele.

Ryan has been in the recording industry for over a decade as the owner of his own music production company and record label. He won a HOKU Award in 2010 for R & B Album of the Year. He has released 6 commercially released albums, and owns the publishing on his own music.

Brent have been participating in music and writing songs / instrumentals most of his life, beginning in the 1980’s. He studied jazz guitar at Grove School of Music in Los Angeles (1986-87), and completed a minor in Music Composition at the University of Montana in 1996. After becoming entrenched in a non-music career, he began to get serious again about the music business in 2009, coinciding with his first attendance to the Kauai Music Festival. He subsequently became a Taxi member, developed relationships that continue to flourish, and he is constantly working to improve his writing and production skills. Recently he have found new inspiration working with other songwriters (local/remote) who excel in the arenas of songwriting & production. Moving forward he focuses on co-writing, acquiring still more skills for his production palette & working to involve himself further in the ever-widening web of music, on this island and on this globe. 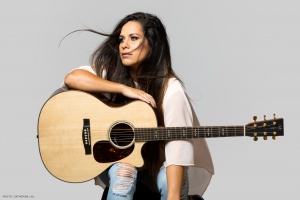 Kimie is a singer, songwriter and recording artist from the Big Island of Hawaii. She has released two full albums, “To the Sea” and her recently released self-titled album “Kimié Miner”. She has toured throughout the east and west coast alongside artists such as Barrington Levy, The Green, Mike Love and Anuhea. This summer she will be touring on the west coast, building her fan base which is currently near 40k on Facebook. 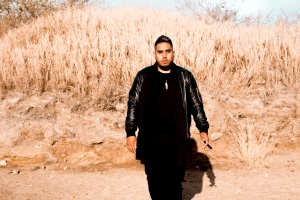 Izik began his music career in 2012, performing in bars and restaurants, eventually graduating to bigger stages. He has quickly garnered a reputation in Hawaii as an artist to watch, performing with some of Hawaii’s top artists. His songwriting and voice draws on pop and R & B influences, but his style is uniquely his own. Izik’s first album of original music was released in May 2016.

Nitanee Paris is multi-genre songwriter based in Malibu, CA. She has received over 100 awards for her work and she is an active member of the songwriting community in both LA and Nashville. She hosts music and charitable events in addition to songwriter’s workshops and concerts with industry professionals and she mentors young artists as they navigate the music business. She recently founded a chapter of the Nashville Songwriters Association International (NSAI) in Malibu, CA, where she hosts monthly meetings, guests speakers, and group song evaluations. Nitanee is the member of the Recording Academy, the Association of Independent Music Publishers, the Society of Composer and Lyricists, Los Angeles Women in Music, the Songwriters Guild of America, and Women in Film. She has studied writing with experts including Pat Pattison, Steve Seskin, Jason Blume, Mary Gauthier, Marty Panzer, Wayne Chase, Mark Winkler and Phil Swann. Now, she gives back by volunteering her time teaching songwriting to middle school students. She has forged partnerships with several talented artists and producers and she works with her band “Hollywood and Mars” to showcase live music in the Los Angeles area.

Sierra was a songwriter before she even knew what songwriting was. She took every class she could through Club Passim’s School of Music in Boston and eventually earned her Master’s Certificate in Songwriting & Guitar through Berklee College of Music. In both 2014 & 2015, she was awarded “Best Singer-Songwriter” at the San Diego Music Awards, not long after topping the winners’ list for the San Diego Songwriters Guild’s 21st and 22nd Annual Song Contests. Other nominations include the International Songwriting Competition, HMMA’s, and OUTMUSIC. Her songs have been placed in a few television series (“Martha’s Vineyard”, “Southern Charm”, and “Resurrection”). Sierra is currently President of the San Diego Songwriters Guild and began co-writing last year for the first time. Every day adds a new color to her songwriting background.