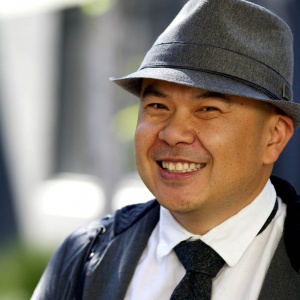 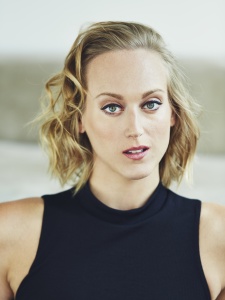 Hannah Cheesman is a Canadian Screen Award-nominated actor, writer and filmmaker based in Toronto and LA. Hannah was recently named a 2015 Playback “Five to Watch” (Canada’s foremost industry trade magazine), and a 2014 TIFF Irving Avrich Emerging Canadian Filmmaker. She is the co-creator, writer, and star of Whatever, Linda (whateverlinda.com) — a ten-part digital dramedy inspired by the notorious Madoff Ponzi scheme but asking the question: what if Bernie’s cunning secretaries were the masterminds of the fraud? Currently, Hannah is developing Whatever, Linda into a half hour cable dramedy with The Mark Gordon Company, alongside Orphan Black’s Graeme Manson as Executive Produce. They pitch to networks in May 2016. Hannah just completed principal photography on her first feature (writer, co-director, actor), The Definites, set in Art Basel Miami, with post to be finished June 2016. Most recently, Hannah was awarded a BravoFact grant of $50,000 to shoot her next short, Emmy (writer, director), about an iPhone-obsessed gym rat who overdoses on Robaxacet and rejects her front of normalcy. Hannah’s previous multi award-winning short film, Cheese, showed at festivals around the globe, including Cannes’ Coup De Coeur and Palm Springs, and was sold in Canada (CBC), France (Salaud Morisette/RADI) and Japan (Pacific Voice). From 2014-2015, Hannah wrote a feature series for Canada’s foremost newspaper The Globe and Mail, examining the intersection of New Digital Media and Traditional Film and TV. Hannah is a graduate of The National Theatre School of Canada and the University of Toronto. 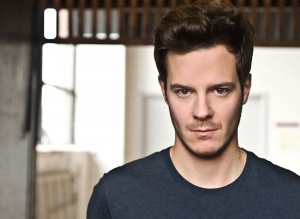 Julian De Zotti is an award winning multi-hyphenate hailing from Toronto. As an actor he’s had recurring roles in everything from Suits to 11/22/63, and has been nominated for two Canadian Tony’s (Dora Mavor Moore awards) for his stage work.

As a writer he co-wrote, co-produced and played the lead in the hit Canadian indie New Year that toured the festival circuit and won Best Feature at the Clearwater Film Festival in Florida. It is now available in the States via The Orchard and can be found iTunes and Amazon (check it out!).

He is the co-creator, writer, and showrunner of the digital series Whatever, Linda that has won over twenty awards worldwide including the IAWTV Award (the web Emmy) for Best Drama Series. You can find it here: www.whateverlinda.com.  The show has been optioned by the Mark Gordon Company as a half hour cable dramedy with Orphan Black co-creator Graeme Manson attached as Executive Producer. It is currently being pitched to television networks.

Julian is a recipient of the New Discovery Award for Best Writing from the British Independent Series Awards.

He is currently in the second round of the Sundance Episodic Story Lab for his one hour thriller TV pilot Save The Children (written with Steven Dale).

He also wrote the short film Premiere (winner of the Toronto 24 Hour Film Challenge) and wrote, produced and directed the short films Menage A Quoi, and Keep The Change. He will be shooting his next short Work It, next month.

Julian is a produced playwright back in Toronto. His play Guns & Roses played sold out houses in 2011 and was remounted back in 2013. He wrote and co-produced the first production under the banner of his theatre company The Original Norwegian. He is currently commissioned to write a new play for Toronto based, internationally renowned theatre company Why Not Theatre.

Julian has been a sought out panelist for the likes of SXSW and the Vancouver International Film Festival on the Business Of Webseries.