CLH establishes a pipeline of talent development from training and development to workforce in the creative industries. CLH is designed to accelerate the growth of Hawaii’s creative products for global export, providing access for entrepreneurs to industry decision-makers through immersive mentoring in a year-round program, as well as weekend boot camps.

“By connecting industry leaders to mentor developing talent across the media, music, fashion and animation industries, Creative Lab Hawaii is building a pipeline or creative continuum of opportunity to earn a high wage and establish Hawaii as a base of intellectual property creation in the Pacific,” added Georja Skinner, chief officer, CID, and founder of the CLH Program.

“The Game Developers Conference is the largest gathering of game developers, producers and publishers in the world, and we are excited to provide Tracy and Stacey with the opportunity to attend the conference,” stated Michael Andres Palmieri, executive director of Creative Lab Hawaii. “By attending the conference, our fellows will have the opportunity to meet industry decision-makers, attend workshops that increase their understanding of the business, and network with like-minded creative entrepreneurs.”

About of Mobile Game App Immersive fellows and their projects:

Tracy Davidson is an entrepreneur, publisher, and the chief executive officer of “Tracy’s Map.” Her Kauai-based business provides custom, promotional maps for the Hawaiian Islands. Tracy’s Map is expanding into the mobile space with two apps. The first allows users to explore Hawaii — discovering fun destinations and helpful businesses across the islands. The second app is an adventure game in the early stages of development. It will turn the legendary characters of Hawaii into friends and foes as the player journeys through fantasy and real locations. 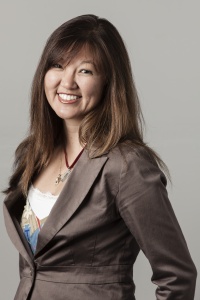 Stacey Hayashi is a media maker, author and entrepreneur based in Oahu. A former software engineer, Stacey was one of the earliest pioneers in the development of internet-based businesses focused on the manufacturing and distribution of Hawaiian products. Her interest in Japanese-American and Hawaii culture led to the development of a multimedia project celebrating the heroism and cultural significance of the 100th Battalion, 442nd Regimental Combat Team, and members of the Military Intelligence Service.  Her mobile game app, titled “Journey of Heroes,” is an educational app created for middle-school students, their families and teachers, to educate them about WWII through the eyes of a Japanese American. She recently wrapped principal photography on, “Go For Broke,” the 100th/442/MIS origins film project for the 442nd RCT Foundation, on which she served as screenwriter and executive producer.

GDC attracts over 27,000 attendees, and is the primary forum where programmers, artists, producers, game designers, audio professionals, business decision-makers and others involved in the development of interactive games and virtual reality gather to exchange ideas and shape the future of the industry.