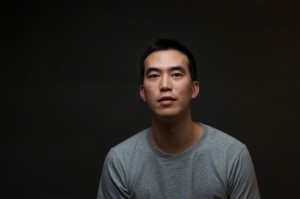 Josh Kim – DRAFT DAY/“How to Win at Checkers (Every Time)”

Josh Kim, a participant of Creative Lab 2013 Writers Accelerator, is a Korean American filmmaker currently based in South Korea. His CLH motion picture project “How to Win at Checkers [Every Time]” world premiered at the Berlin International Film Festival in 2015 and screened at over 25 international film festivals. It was also the official submission to the 2016 Academy Awards and Golden Globes for the country of Thailand.

The most important thing that CLH taught me was how to actually move a project from conception to creation. It was one of the most enriching and lasting education experiences I’ve ever had.
– Chris McKinney

Chris McKinney was born in Honolulu and grew up in Kahaluu on the island of Oahu. He portrays the island experience from the inside, where children of mixed ethnicity grow up far from the clear water and pristine beaches of the rich visitors’ resorts.
Chris is the author of six novels, “The Tattoo,” “The Queen of Tears,” “Bolohead Row,” “Mililani Mauka,” and “Boi No Good,” and has written a feature film screenplay, “Paradise Broken” (nominated for best film at the Los Angeles Pacific Film Festival), and a short film, “The Back Door,” both of which premiered at the 2011 Hawaii International Film Festival. He also wrote “The Red Headed Hawaiian,” a memoir co-written with Dr. Rudolph Puana. His latest novel, “Yakudoshi: Age of Calamity” was released in September 2016. He and producer James Sereno (Kinetic Productions) are working on adapting this latest book into a limited series.
In 2011, Chris was appointed Visiting Distinguished Writer at the University of Hawaii at Manoa, and in 2013, he participated in the Creative Lab Hawaii’s Writers Immersive and was one of three finalists awarded the opportunity to pitch his project in Los Angeles. Over the years, he has won one Elliot Cades Award and seven Kapalapala Pookela Awards. He also has fourteen years of teaching experience as an associate professor at Honolulu Community College. 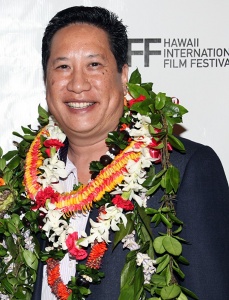 Born and raised in Hawai’i, Jason K. Lau is the founder and President of TalkStory Productions, LLC, (“TSP”) the award winning independent production company in the Hawaiian Islands. Mr. Lau is the product of Punahou School and the University of California, Los Angeles, and has worked in the financial industry for such companies as Dean Witter Reynolds and Bank of Hawai’i. He is currently the President of Honowaii Investment Company (an industrial loan company), the Managing Partner of Lau Enterprises (a Hawai’i investment partnership), and BJM Partners (a private equity fund). He has served on the board of directors of Hawai’i Angels, an angel investment group, Hawai’i Venture Capital Association (HVCA), the Honolulu Theater for Youth (HTY), and the Hawai’i International Film Festival (HIFF). He is also on the advisory board for the Entrepreneurs Foundation of Hawai’i and a member of the Producer’s Guild of America.

Jason Lau is a resident of Oahu. 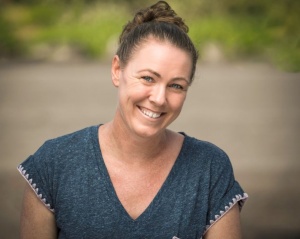 I am deeply grateful to the State of Hawaii, DBEDT/Creative Industries Division’s Creative Lab Hawaii program and the fellows in the 2017 Writers Immersive for providing support and empowering creativity. I treasure the advice, knowledge, and relationships gained. My participation in the program led to the opportunity to write, ‘Delivering Christmas,’ for Hybrid, LLC—a truly special experience as they have produced many of my favorite movies, including one which inspired me to become a screenwriter. A year ago, this was only a dream and Creative Lab Hawaii helped make it real.
-Amy Bircher

Amy Alohilani Bircher was born in Hawaii and raised on Hu’e Hu’e Ranch on the Big Island. As a young girl, her passion for reading evolved into a love for writing. After graduating from Hawaii Preparatory Academy, she attended Sonoma State University in California, where she earned a degree in Communication Studies. A longtime fan of the romance genre, Amy centers her scripts around meaningful stories of love, family, and friendship. After her acceptance into the State of Hawaii’s Creative Lab Hawaii Writers Immersive program, her spec script, “Victorian Christmas,” was optioned by a company that produces content for major television networks. Through the CLH network, Amy received the opportunity for a work-for-hire screenplay, “Delivering Christmas,” which debuted as a TV “mini movie” on Lifetime on Sunday, Dec. 3, 2017. She has since landed another work-for-hire project, an adaptation of a book due to be in production in February 2018.

Amy Bircher is a resident of the Island of Hawaii. 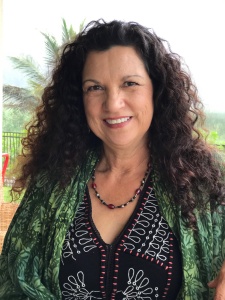 For 37 years Tracy practiced advertising and sales. Creating marketing material, negotiating offers, and sales contracts becoming a top producing agent, and receiving multiple awards for top producing agent. She was a real estate agent from the early 1990’s to 2017, and now holds an inactive license. In 2008 when the real-estate market crashed, she began thinking of ways to help local merchants keep their doors open by networking & driving business to each other. This is how she came up with the idea of “Tracy’s Map.” Helping merchants drive more people to their place of business.
Tracy’s very first publication was in June 2013 and since then has become one of the most widely distributed brochure and travel guide throughout the island and beyond. “Tracy’s Map,” a fun, simple, and easy to use, collectible souvenir keepsake that offers valuable information for newcomers and visitors, and how to get around the island. To create additional income and to bring more excitement and adventure to “Tracy’s Maps” Merchants, she came up with the idea to create a mobile game app called “Tracy’s Map Treasure Hunt.” To keep the people excited about returning back to the islands of Hawaii and its shops, and to purchase items and keepsakes for family, coworkers, and friends.
“Tracy’s Map” the app is available on iTunes and Google Play stores.

Tracy Davidson is a resident of Kauai. 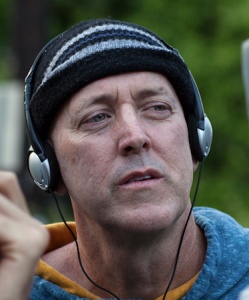 Brian Kohne was raised in Hawai’i where he began making movies at Baldwin High school on Maui. He completed degrees in TV/Film and Art from San Jose State University, playing collegiate and also semi-pro soccer for many of the top clubs in the San Francisco Bay Area. Brian worked in Silicon Valley as a Teacher, Contract Video Producer, in Sports Broadcasting, as Sales and Marketing Director, and as Senior User Interface Architect for an interactive television software company. He returned to the islands in 2005 to be part of the Hawai’i entertainment industry, as an active participant in the culture and community. He is Producer of the “Barefoot Natives,” the dynamic music duo comprised of Willie K and Eric Gilliom, and directed the pair in the award-winning comedy motion picture “Get a Job,” which also featured many of Hawaii’s favorite personalities. Kohne was honored as the “Filmmaker With Foresight” by Maui Time in 2010, as a “Person Who Made A Difference” by the Maui News in 2011. His entertainment company, HAWAI’I CINEMA INC., began a monthly film series in 2015, the Hawai’i Cinema Showcase, at the Maui Arts and Cultural Center.

Brian Kohne is a resident of Maui. 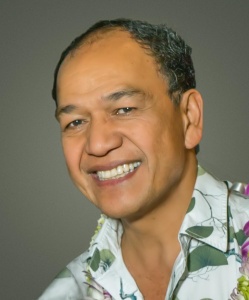 Vilsoni Hereniko is a producer of plays and films as well as a writer and director. He was a producer of his first feature film titled “The Land has Eyes,” that premiered at the Sundance Film Festival (2004) and screened at more than thirty international and indigenous film festivals. It won Best Dramatic Feature at the Toronto Imaginenative Film and Media Arts Festival (2004), Best Overall Entry at the Wairoa Maori Film Festival (2005), and was also Fiji’s Official Entry to the 2005 Academy Awards. Last year (2015) he was a producer (as well as writer/director or co-director) of two short narrative films – “The Chief’s Speech” and “Salesi” – that screened at the Hawaii International Film Festival.
“Until the Dolphin Flies” is an adaptation of Robert Barclay’s (a 2017 Writers Immersive fellow) novel “Fall Out.

Vilsoni Hereniko is a resident of Oahu. 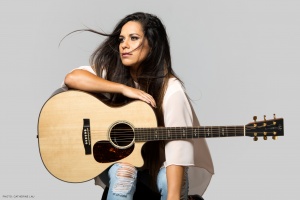 This was something I would go to Los Angeles to do and work with writers there, you know? I love that Creative Lab is bringing it home. Creative Lab Hawaii has changed the way I approach the business-side of music entirely, and has opened amazing new connections to mainland industry opportunities.
-Kimie Miner

Kimie is a singer, songwriter and recording artist from the Big Island of Hawaii. In 2015, Kimié wrote and co-produced her full-length album, Kimié Miner. The album won “Contemporary Album of the Year” at the Nā Hōkū Hanohano Awards in 2016. After participating in the first Creative Lab Hawai’i Immersive Music Program she had the opportunity to work in Los Angeles with music supervisors and songwriters. During a co-write with Jesse Epstein and Isaac Moreno – IZIK she shared her hook idea of ‘bam bam boo’ and “Bamboo”, a hit song was born. Additionally, Kimie and Izik each separately sold a song to a major entertainment studio.
Outside of just her own music, Kimié contines to be a hardworking businesswoman with her own company, Haku Collective. Haku is a full-service music, audio, and talent production group providing access to the creative output from Hawai‘i’s emerging and leading artists. 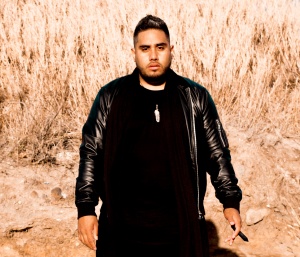 The biggest thing in Hawaiʻi is that it’s really hard for us to network outside of the islands. The CLH Music Immersive really opened the doors and allowed me to network with all of these people in the industry.
-Isaac Moreno

Izik began his music career in 2012, performing in bars and restaurants, eventually graduating to bigger stages. He has quickly garnered a reputation in Hawaii as an artist to watch, performing with some of Hawaii’s top artists. His songwriting and voice draws on pop and R & B influences, but his style is uniquely his own. Izik’s first album of original music was released in May 2016.
Within just a few months of taking part in the immersive, IZIK had licensed two original songs with a major entertainment corporation, giving him the economic flexibility to focus on his art. He cut down his performances from seven nights to a couple of times a week. He, along with Kimie Miner, travelled to Los Angeles, New York, and Australia to perform as part of the Creative Lab Music Immersive’s goal of exposing other markets to Hawai‘i’s creative talents. He is now working on his second album. 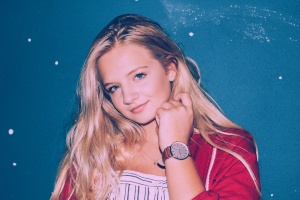 The Immersive program experience was life-changing. Each day presented me with the opportunities to expand creatively, foster and develop my music, as well as form bonds that will last a lifetime. There were many highlights of the week-long program, but one that stood with me, in particular, was meeting the people that would later create a song with me and help move my career as an artist to the next level.
– Olivia Cargile – LIIV

LIIV is a songwriter, a producer, a multi-instrumentalist, a vocalist, and overall, an artist. Songwriting has come naturally to her from a young age, she’s written music for numerous bands and has recorded her own music as well. The art of taking a fragment of a thought to a song while capturing a feeling through sound is exactly what has moved LIIV’s career forward. LIIV has opened for national acts and headlined numerous shows across Honolulu, Tokyo, the US west & east coasts, and keeps expanding her horizons. With four singles released and more on the way, this is just the beginning.
Bring You Back is one of the songs that LIIV co-wrote and recorded during the Creative Lab Hawaii Music Immersive in September 2017 and got placed in one of the biggest online television promos of the upcoming television season. Fox Broadcasting Company (Fox) has recently released the online promo videos of their new medical drama series “The Resident”, which features LIIV song Bring You Back.