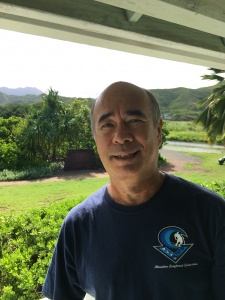 Rich Figel was born in Japan and grew up in New Jersey. At Montclair State University, NJ, he was an award-winning journalist for the college newspaper and became a newspaper reporter before moving to New York City, where he worked in marketing and publishing. In Hawaii, he became a commodity options broker, then a real estate agent before resuming his writing career. He wrote weekly columns for the Honolulu Star-Bulletin about addictions and recovery, based largely on personal experiences and research. His first screenplay was a dark comedy about rehab, and became the inspiration for a TV pilot he wrote in 2016 called Triggers. Rich has also written two feature screenplays that have been optioned, and three feature scripts that were Nicholl Fellowship Quarter-Finalists. His scripts range from low budget horror to medium budget thrillers and big budget family adventure specs that have also been read by major studios. He currently produces a monthly half-hour show for Oceanic Time Warner Cable called Career Changers TV, which is about local entrepreneurs and business opportunities in Hawaii. 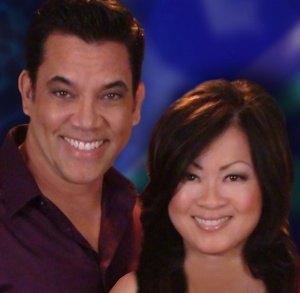 With extensive backgrounds in local, national and international television and entrepreneurial start-ups, Laurie and Wayne own three separate companies with socially and environmentally conscious missions that tie together. The Nunezes were both recruited as key members of the production teams to launch MSNBC and Fox News Channel in New York. Prior to that, they were on the launch teams for CNBC Asia, NBC Asia and CNN International in Hong Kong. Wayne, as a Graphic Designer and 3D Animator and Laurie, as a TV News and Business Anchor, Producer and Reporter. They each have more than 25 years of television experience as Talent, Producers, Writers, editors and Videographers. They are graduates of the 2015 SBA Emerging Leaders and 2017 Goldman Sachs 10,000 Small Businesses at Babson College. In development of creative content for their children’s animated series, the Nunezes are set to launch viewers into a multi‐platform immersive experience utilizing digital technology. Laurie and Wayne were nominees for 2017 SBA Small Business Persons of the Year. 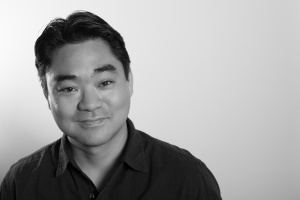 Brian Watanabe is a screenwriter, advertising creative director and toddler wrangler who lives in Honolulu. He wrote the screenplay, The Rogues Gallery, which became the cult film Operation: Endgame, starring Rob Corddry, Ellen Barkin and Zach Galifianakis. He also wrote Maisa The Chamoru Girl Who Saves Guahan, Guam’s first animated Chamorro language film, which screened at the 2016 Hawaii International Film Festival and won Best Short Film at the 2016 Pasifika Film Fest. Brian has developed scripts for production companies at Fox and Sony and teaches screenwriting at the University of Hawaii’s Pacific New Media Program. He is a graduate of the Creative Lab Writer’s Immersive in 2014. Brian is also an award-winning advertising copywriter. In his spare time, he’s usually feeding, wrestling or chasing down his two wonderfully curious kids.