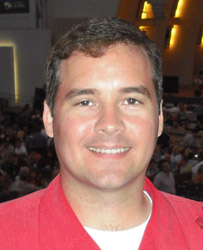 Andy Dunn is an Emmy-nominated Executive Producer with twenty years of experience creating games and interactive media for mobile, web, computers and location-based attractions. He has recently led the development of mobile apps for Fox, Sony, NBC Universal and Warner Bros. Andy is passionate about guiding teams through the creative process and inspiring them to build meaningful experiences that engage the audience. Andy also helped develop and teach a video game production course for the USC Viterbi School of Engineering.

List of apps include ekiss (a social connectivity app for iOS and Android); Ruff, Ruff Tweet and Dave Companion app; (Emmy-nominated mobile app that syncs with a kids’ show on the Sprout network); Sherlock Holmes: A Game of Shadows Movie app (Second screen app that syncs with the Blu-ray version of the movie); The Amazing Spider-Man Second Screen App; Rio The Movie, Coloring with Blu; and Chipwrecked: Coloring with the Chipmunks.  Portfolio of apps can be seen here: https://dinkostudios.com/ 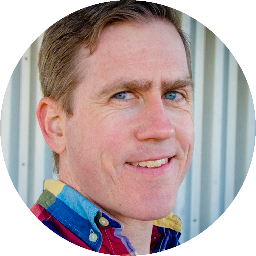 Chris Zukowski is an independent Mobile Game Developer and User Experience Designer for IBM.  Since 2013 he has released 3 games to the iOS App Store and will have a 4th released by the end of June. As the sole developer at his self-funded company he relies on efficient approaches to hiring artists, building community, and marketing his games.  He is a leader for the Phoenix Design Association (IXDA) and active in the Phoenix International Game Development Association (IGDA.) At IBM, he leads Design-Thinking-workshops to empowers engineers to become more creative problem solvers. He is an experienced lecturer specializing in game design principles of Super Mario Brothers, and will next be speaking at the Phoenix Comic-Con. Portfolio of games can be seen here: https://returntoadventuremountain.com/rogue-drop/ 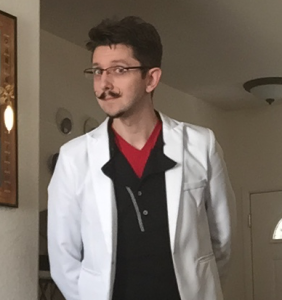 Tim Wisnky has been developing games since the late 90s. Currently owns and operates his own independent studio.  His specialties include programming, designing, and producing, and has run the whole gamut on the process from design to promotions and distribution.  Notable projects include:

Passionate about growing the gaming industry and assisting beginners, he is the Co-Chair of the International Game Developers Association (IGDA) Phoenix chapter, participates in local game jam scene, lectures at local high-schools, colleges and universities and conventions.

Portfolio of games can be found here: https://www.twinskygames.com/