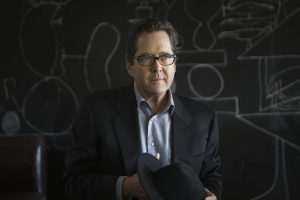 Producer and director, Robert has made films of fiction and non-fiction primarily in Hawaii, where he has resided since 1984. He supervised the production of 169 half-hours of how-to programs for public television; has directed five documentaries; and produced and directed scores of commercials. Best known for creating and directing the James Beard Award winning series, The Kitchen Sessions, Robert continues to produce and direct food oriented advertising. Currently he is producing and line producing Go For Broke; and developing Firebrand with both himself and Aaron Kauffman producing.

Crystal Kwok was born in San Francisco and moved to Hong Kong to build her career in film, TV, and radio. She started out as an actress but found her calling as a writer/producer/director. She also had a highly rated talk show which covered socially sensitive women’s issues. She now lives in Honolulu and continues to empower women’s issues through her creative projects. 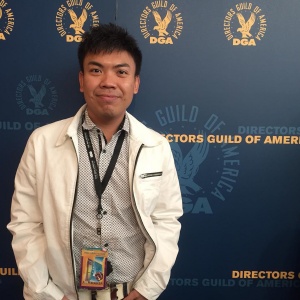 Edo Natasha is a young, first time award winning filmmaker and the founder of Matahari LLC, a trans-media production company with a vision to bring positive value to the world through storytelling in various mediums. After joining the US Army to pursue his dream as a household filmmaker, Edo writes, produces, and directs Popolo which released on January 2016. His film won several awards – including Best First Feature Film at WorldFest Houston Film Festival, Best Feature Film at International Filmmaker Festival of World Cinema in London, and Box Office Award at Cineflix Film Festival Tour by John Schneider. The film received its distribution deal through Cineflix Digital on Demand and currently can be streamed worldwide. 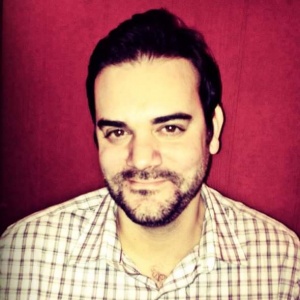 As a native Angeleno, and the son of Pulitzer Prize-winning journalists, Stephen F. Sotomayor grew up with a passion for narrative and a commitment to understanding a diverse world through the eyes of others.  This journey has taken Stephen across the globe, from the foothills of the Verdugo Mountains to the campus of the University of Arizona, from the rivers of Germany to the desert sands of Iraq, from California’s Central Valley to the office of the Mayor in the iconic Los Angeles City Hall. Stephen’s career in the military and in public service taught him to appreciate the human condition, and it is that experience he now hopes to bring to the 2017 Creative Lab Producer’s Immersive.

Before embarking on a producing career, Stephen served in city and county government in both Los Angeles and Fresno, where he became a leader in the fields of affordable housing and veteran’s homelessness.  In his role as Chief of Staff to a Fresno city councilman, Stephen got his first taste of production with the local access show Taste of the Valley With Andreas Borges, for which Stephen coordinated with local farmers and businesses to highlight the unique farm-to-fork cuisine of the Central Valley.

In 2016, Stephen partnered with his old Army buddy, Brayden Yoder, to form Clearing Barrel Productions, a small veteran-owned corporation dedicated to telling high-quality stories in the media arts.  As a veteran of the Iraq war, Stephen knows only too well the healing properties of narrative, and the importance of providing outlets for trauma.  He hopes that his participation in the Creative Lab Producer’s Immersive will allow him to continue his journey in exploring the world through new opportunities and perspectives. 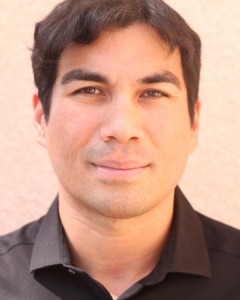 A native of Honolulu, Hawai’i, and the son of an Indonesian immigrant, Brayden Yoder spent more than five years at the Film & Television Institute of India, where he first learned to practice his craft in film direction. His most recent short film, Breakdown, gained acceptance to several festivals in North America and around the world, winning the “audience award” at the March 2014 HollyShorts Screening in Hollywood and an “emerging artist” award at the 2014 Taos Shortz Festival in New Mexico.

Before moving to the Indian subcontinent, Brayden lived in Sydney, Australia, where he studied screenwriting as part of a master’s in creative writing at the University of Technology, Sydney. Upon his arriving in Los Angeles, Brayden gained selection to the 2014/2015 Writers Guild Foundation’s veterans’ writing program at the WGA West, where professional mentors helped him further hone his screenwriting craft to industry standards. Later that year, his writing gained him admission to the screenwriting accelerator at the Creative Lab of the 2014 Hawaii International Film Festival.

Brayden decided to pursue a career in film after first serving as a U.S. Army officer in Germany and Iraq, experiences he credits with exposing him to the wider world and finding him a voice on veterans issues and cultural understanding. Together with his old Army buddy Stephen Sotomayor, Brayden formed Clearing Barrel Productions in 2016 as an independent, veteranowned company dedicated to telling stories that challenge, inspire, and entertain through the media arts.