Avital Ash is a writer, actor, producer, director, and standup who has been creating content for over a decade. She wrote, directed, and starred in the acclaimed web series, 7p/10e, which is currently going to pilot at CBS with the creators of How I Met Your Mother EPing. She wrote, produced, and starred in the to-be-released series Pretty Vacant for Maker Studios, and is currently writing a TV pilot for Super Deluxe with Principato-Young producing. At age 20, Avital wrote, directed, and starred in a feature film, Kaleidoscope, which essentially served as her film school. She has amassed over 18 million views for digital content she has created and/or starred in, and can also be found doing stand-up around LA. Avital grew up an Orthodox Jew in Miami (though she only speaks Hebrew at about a sixth-grade level) and lives with her dog, Lucas Jackson, in Silver Lake. 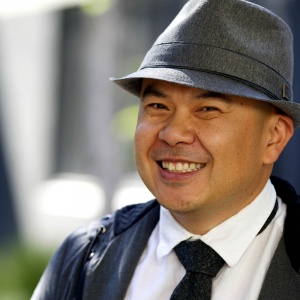 Shilpi is the writer/director/producer of the award-winning web series Hipsterhood, financed by Blip Studios. Hipsterhood has achieved 2 seasons, winning “Best Comedy web series” in the LA Weekly Web Awards, and was also nominated for “Best Returning Series” at the prestigious IAWTV awards. She also directed the magician-comedy series Disillusioned, which garnered a “Best Comedy Web Series” Award from the Hollyweb Film Festival, and was a guest director on the Emmy award-winning interactive web series Emma Approved. A graduate of the USC School of Cinematic Arts, Shilpi has worked for notable giants in entertainment such as Warren Littlefield, former head of NBC, Aaron Kaplan of Kapital Entertainment, and Robert Greenwald of Brave New Films. She was selected to participate in Sony’s Diverse Director’s Program for TV directing, and also Film Independent’s Project: Involve for minority filmmakers. Shilpi currently has the comedy TV pilot Brown Girls in contention at Freeform TV (formerly ABC Family) and is in pre-production on Uphill, her feature film writing and directorial debut. Shilpi has designed several filmmaking and business education workshops for digital creators, including YouTube’s flagship Creator Education Program NextUp, which focuses on elevating the skillset of promising Youtube Creators and Channels.