Amy Hānaiali’i’s success as a recording artist speaks for itself and is evidenced by a multitude of awards and acknowledgements, including 6 GRAMMY® nominations for Best Hawaiian Music Album & Best Native Roots Music Album.

Amy has played for the Dalai Lama, two inaugural balls in D.C. for President Obama and the first entertainer ever to perform in the Great Hall of the People in Tiananmen Square, China. Amy has played for sold-out crowds in Europe, Japan and all across America and French Polynesia. Hānaiali’i’s Friends and Family album showcased a stunning duet with country music legend Willie Nelson. Alongside and recording with the best, Amy also has performed live and opened for renowned artists like Earth, Wind and Fire, Carlos Santana, Boz Scaggs, Diana Krall, Joe Cocker and many more – her upcoming release features a duet with Michael McDonald.

She has played to sold-out shows at the following world-renowned venues: Blue Note Jazz Club New York and Japan, Feinstein’s/54 Below, Stern Grove, The Cutting Room, and numerous performances with Orchestras in Opera Houses worldwide.

Her diverse success and cultural responsibility, provide clear recognition by Hawai’i’s music community and fans with universal acceptance. All of Amy’s albums have validated commercial success by consistently placing her at the top of the World Album Billboard charts.

Undoubtedly her world-famous falsetto training and strict pronunciation lessons gave Amy beloved respect of Hawaiian Culture and Music, making her grandmother Nāpua one of her most influential people in her life.

Woodd, one of the original Royal Hawaiian girls in Waikīkī or Tūtū as Amy affectionately calls her, helped shape the entertainment scene of Hawai’i as a Kumu Hula/Choreographer in Hollywood, Las Vegas, and NYC.

Woodd worked on every Pacific-themed motion picture in the 1940’s and 1950’s and her choreography defines that cinematic genre. Also, Woodd while performing on Broadway and the Lexington Hotel in New York City, Tūtū met Amy’s grandfather Lloyd B. Gilliom.
He himself a musician who played trumpet and steel guitar with the likes of Sammy Kaye, Tommy Dorsey and other notable bands of that era—joined Woodd to build a rich tradition of Hawaiian Culture on both coasts of America.

Aside from the music community, Amy has garnered accolades from the Pacific Business News as their “40 under 40 Business Person of the Year” award, recognizing not only her talent but also her business acumen needed to market her talent.

Recently, she has launched 3 vintages of wine under her wine company Hānaialiʻi Wines with her 2013 Merlot earning a 90 from Wine Spectator, The LA Wine Festival and 5 Gold medals. Amy’s next selection of wines will be available for purchase in December 2019. 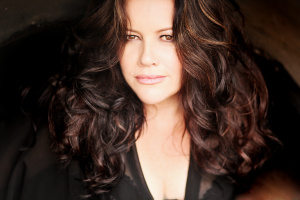