Georja Skinner is the Chief Officer of the Creative Industries Division (CID) in the Department of Business, Economic Development & Tourism (DBEDT) where she has lead the state’s efforts to define, build and strengthen Hawaii’s creative economy since 2007. Skinner’s career in prime time television lead to an Emmy nomination for sound mixing, the first woman to hold this honor. She lead the sound department for shows including All in the Family, The Jefferson’s before relocating from her home town of Hollywood, California in 1980 to the island of Maui.

With her industry contacts and broad background in arts, music, production and marketing, she brings a wealth of experience and insight to the community she serves.  She established Maui’s first PR firm, Skinner Communications in the 1980’s and lead it after the company’s acquisition by Hill and Knowlton, Communications Pacific. Opportunity again came into view when she applied and was hired as Maui’s first Film Commissioner. With experience in government and private sectors, Skinner’s ability to bring diverse communities together for an initiative or strategic vision is one of her key assets.

Under her leadership Hawaii’s creative sectors have grown to 54,000 gig workers, small businesses and entrepreneurs representing $4.1 billion to the state’s GDP in 2019. Her unwavering commitment lead to filing a gap in the pipeline of creative entrepreneurial development through the Creative Lab Hawaii Accelerator program in media and music. The program has helped Hawaii residents to elevate their craft through industry mentorship while developing the business acumen required in to succeed in the global entertainment industries. Skinner’s mantra is “Making the Impossible, Possible.” 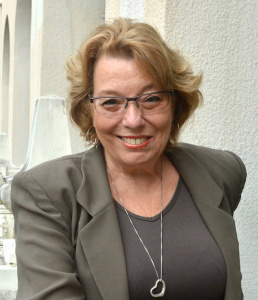