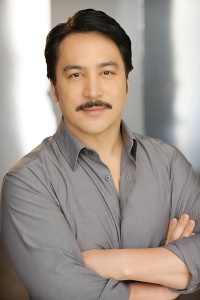 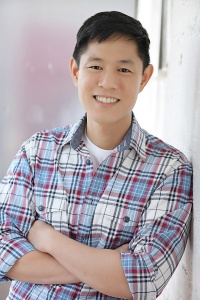 Eric and Leo made their mark as the Emmy-nominated executive producers and showrunners of Spike’s adult action series Afro Samurai starring Samuel L. Jackson and Lucy Liu. They expanded the franchise with a hit Namco video game and Tor graphic novel series as well as writing and executive producing the sequel Afro Samurai: Resurrection, which made history as the first animé to win a Primetime Emmy Award.

Most recently, they were the creators, executive producers, and showrunners of the live-action,Emmy Award‐winning, action‐comedy series Supah Ninjas starring George Takei and Randall Park for Nickelodeon. The series is the #1 show in its time period for boys, airs constantly on Nick’s various networks, and won them a Writers Guild Award.

They are alums of the WGA Showrunner Training Program and currently serve on the Guild’s Diversity Advisory Group, where they helped develop the curriculum for the Writers Access Project and the Staff Writer Bootcamp. They have been invited to speak at numerous universities including Stanford, Carnegie Mellon, Northwestern, USC, and the University of Hawaii. 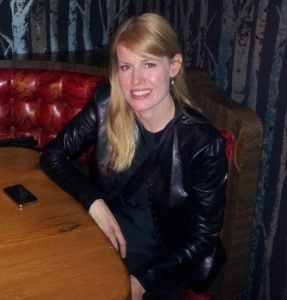 Jessica Bendinger is an American screenwriter and novelist.

She has written several films, including 2000’s Bring It On, 2004’s First Daughter and 2006’s Aquamarine. She was also a writer and creative consultant for Sex and the City, as well as a producer of the 2005 film The Wedding Date, starring Debra Messing. She also wrote and directed Stick It, released in April 2006 as her directorial debut. Bendinger is a former model who worked for designer Stephen Sprouse and appeared on the runway in the film Slaves of New York. She was named by Glamour Magazine as one of Hollywood’s “Most Powerful Women Under 40” in 2005.

Bendinger’s first novel, The Seven Rays was published in 2009 by Simon & Schuster. The story follows 17-year-old, Beth Michaels, who uncovers elements of the supernatural on her journey of self-discovery.

In 2011, Bendinger co-wrote the song “Hurts To Think” on Miranda Lambert’s Four the Record, and “Mostly Grey,” co-written with Emerson Hart, which appears on his 2014 album “Beauty in Disrepair (http://emersonhart.com/beauty-in-disrepair-pre-order/)”.

Awards and acknowledgments: Bendinger was inducted into the Academy of Motion Pictures Arts and Sciences** (AMPAS) in July 2014. 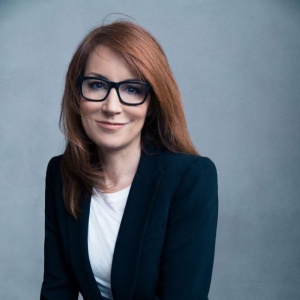 Margaret Nagle is a screenwriter, television producer and human rights activist. She has been nominated for two Emmy Awards and won three Writers Guild of America Awards. Her first script, HBO’s Warm Springs received a record-breaking 16 Emmy nominations and won five Emmys in 2005, including the Emmy Award for Best Television Movie.

It also won the 2006 Writers Guild of America Award for Long Form Original Screenplay. Nagle’s screenplay for the 2014 film The Good Lie received The Paul Selvin Award from the Writer’s Guild of America.

Nagle also received a 2011 Writer’s Guild Award for her work on Boardwalk Empire. Nagle recently received the 2014 Media Access Award from the Writers Guild of America for doubling the number of people on network TV with disabilities. Nagle has been raising money for Humanitarian Aid for South Sudan by appearing at screenings of The Good Lie on behalf of Concern, UNICEF, RefugePoint and other organizations.