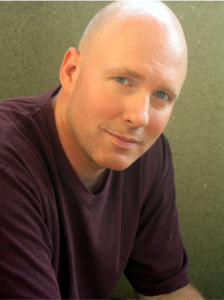 Doug Atchison wrote and directed the award-winning feature film, Akeelah and the Bee, released by Lionsgate and starring Laurence Fishburne, Angela Bassett, and Keke Palmer.  Akeelah was a commercial and critical success for which Doug was awarded the NAACP Image Award for Best Screenplay.  His script for Akeelah won a Nicholl Fellowship in Screenwriting from the Academy of Motion Pictures Arts and Sciences.  Akeelah and the Bee has recently been adapted into a stage play which is being performed around the country.

Doug is current set to direct his original screenplay, Out Spoken, a love story set in the world of spoken word poetry, for producers Russell Simmons, Lou Pitt, and Laura Rister.  He recently adapted the memoir The Reading Promise into a feature screenplay for Walden Media.  For Gidden Media he has written a screenplay based on the true story of Brian Banks, a young football player imprisoned on false charges, and the film is set to go into production this summer.  For Kamala Films, Doug recently did the feature adaptation of the novel Calling Me Home, an interracial love story set in 1939 Kentucky.   And Doug is attached to direct the feature film The Title about the 1973 University of Hawaii’s women’s volleyball team, for producer Gale Anne Hurd.

Mr. Atchison has been making movies since the age of 14 and graduated from the USC School of Cinema-Television.  He is represented by Fourth Wall Management and The Pitt Group.  He sits on the Diversity Advisory Group for the Writers Guild of America – and is an active board member for A Place Called Home, a youth center in South Los Angeles.

Venezuelan born Jessie Nickson-Lopez is a writer and executive story editor on Netflix’s popular drama Stranger Things and was recently nominated for two WGA awards for her work on the first season. Prior to that, she worked as a writer on A&E’s The Returned and got her start as an assistant on the limited series Flesh and Bone.

She recently sold a pilot to STARZ for which she is penning additional episodes.

Jessie is a graduate of Columbia’s creative writing program.

Luisa is a founding member of the highly successful comedy group Latins Anonymous.  Its sketch plays, Latins Anonymous and The La La Awards to date, have received over forty-five productions around the country.

As a feature film writer, she wrote Tropico – a musical film for Universal Family, co-wrote The National Guard for Showtime; Amigas-Sweet Fifteen Club for Disney Channel and the animated film The Kid Who Saved Christmas for George Lopez Presents and Warner Brother’s Premiere Entertainment.

In television, Luisa rose from staff writer to Co-Executive Producer on the acclaimed live-action Nickelodeon show, Brothers Garcia.  She enjoyed five seasons on the George Lopez show (122 episodes), also rising to Co-Executive Producer. In 2008, Luisa served as Co-EP on Everybody Hates Chris (26 eps).  She worked on 100 episodes of the TBS series called Are We There Yet? based on Ice-Cube’s hit movie of the same name. As a Consulting Producer, Luisa worked on Disney’s Austin & Ally (26 eps). From Dusk till Dawn (S2), and Hulu’s hit series East Los High (S2).  Most recently, Luisa served as Co-EP and Head Writer on Amazon’s hit series, Just Add Magic (39 eps).

Currently, Luisa and her husband Max are writing a one-hour pilot, The Black Veil for TNT.